SOI stands for "Structure of Intellect."

SOI is the proven theory that intellectual abilities can be both identified and improved.  It is an exciting, beneficial way of approaching intelligence, learning, and education. Our program is used worldwide. It focuses at the very root of learning, so that people of all ages can unlock their full learning potential!

It is the proven theory that intellectual abilities can be both identified and improved.  SOI is an exciting, beneficial way of approaching intelligence, learning, and education.

Our program is used worldwide. It focuses at the very root of learning, so that people of all ages can unlock their full learning potential!

It is key to support the whole person: psychologically, socially, cognitively, emotionally, and behaviorally.

That every person is an individual and should be treated that way.

That a person's intelligence is not fixed. It can be trained and improved.

In making a lasting, positive difference in the lives of our clients.

SOI formally began in 1965 with the publication of the first SOI Learning Abilities test. At that time, the conventional wisdom held that intelligence could be formally defined by a single number (an IQ score), and that number would not change over a person’s lifetime. Intelligence was viewed as a general, immutable attribute.

It was Dr. Mary Meeker who, as a student of Guilford, applied his theory to education by demonstrating that the Structure of Intellect abilities could be improved by training.

This close coupling between assessment and training is what makes SOI unique. The SOI tests are used to measure intellectual abilities; SOI training materials are used to develop intellectual abilities that are weak and further enhance abilities that are strong. The SOI test is diagnostic; it leads directly to treatment. The assessment and the treatment are both based on the same Structure of Intellect theory. The theory has been applied to education, especially to the diagnosis and treatment of learning problems in school and on the job.

Since 1965, SOI has been in continuous use and development to meet the needs of the modern-day learner. This includes learning abilities tests, learning ability training modules, customized learning plans, a vision and sensory integration protocol, as well numerous programs for public schools, private schools, and learning centers.

Watch this video to learn more about SOI's development during World War II, how intellectual abilities were identified, and how it transformed into the program we use today.

Mary Nacol Meeker, Ed.D. (1921–2003) was an American educational psychologist and entrepreneur. She is best known for applying J. P. Guilford’s Structure of Intellect theory of human intelligence to the field of education. Dr. Mary Meeker has taken notable steps to bridge the gap between psychological theories and its applications to educational theories and practice.

Dr. Mary Meeker, who was a student of J.P Guilford, founded SOI Systems in 1965. She incorporated the works of eminent psychologists like Piaget, Kurt, Torrance, and Lewis when she was developing modules for building intelligence. And here we are today, more than 50 years later, continuing to impact lives and make a difference, all thanks to the research and development of such a powerful learning system!

Meeker’s doctoral dissertation focused on applying Guilford’s Structure of Intellect theory (“SI”) to create assessments and curriculum materials for use in teaching children and adults. The premise of SI is that intelligence is comprised of many underlying mental abilities or factors. During Meeker’s studies, she saw the potential of applying SI in the field of education, based on a two-fold premise:

Intelligence can be precisely measured using a test that identifies an individual’s aptitude on the multiple intellectual abilities identified in the Structure of Intellect model.

The individual’s intellectual abilities can be remediated or improved using learning materials that target each particular ability.

Dr. Meeker received her doctorate in educational psychology from USC. She received teacher, school psychology and pupil personnel credentials from California, and a clinical psychology license.

Dr. Meeker was a professor at USC, Loyola-Marymount, and Cal State Northridge. She served as a distinguished professor lecturing at Harvard, the University of British Columbia and Toronto, and the University of Belgium. She was perhaps best known as a contributor, and as a board member for 10 years, to the National Association for Gifted Children.

A member of the American Psychological Association, Dr. Meeker was awarded Education Leader of the Year in 1981. She was selected by the U.S. Office of Education as one of the five social scientists whose work held promise for education in the next century. In 2003, she was selected by the International Center for Studies in Creativity as one of the 50 most creative professional women in America. Dr. Meeker was included in Who’s Who in American Science.

Robert J. Meeker Ed.D. (b.1930) is a program designer and systems scientist in education.
Dr. Meeker began his career (1957-1967) as a Human Factors Scientist at Systems Development Corporation where he was on a team specializing in studies of decision-making — specifically on providing the first empirical verification of the Prisoner’s Dilemma theory.
In 1967, the research team moved to the University of California, Los Angeles where he became the Director of the Computer-Based Behavioral Science Laboratory — one of the pioneer computer-based behavioral laboratories in the United States. He and the research team furthered their work in decision-making and expanded into behavioral Operations Research and Conflict Resolution.

During his tenure at UCLA, he became the chief evaluator for a Robert Wood Johnson Foundation initiative that experimented with placing nurse practitioners in schools as a means of providing first-line health care for underserved school-age children.

In 1972, he assisted his wife, Dr. Mary Meeker, in establishing the SOI Institute as a company dedicated to applying the seminal work of Dr. J. P. Guilford, The Nature of Human Intelligence, to education. The application of Guilford’s work to education could not have been accomplished without Mary’s important contribution to his theory of the Structure of Intellect — namely, intellectual abilities could not only be defined and measured by Guilford, for purposes of selection, but they could be taught for purposes of improving academic performance.

In the early 1970s, Dr. Meeker redirected his career into education; he began doctoral studies at the University of Southern California; in 1973 he completed his advanced degree; his dissertation was a public school design to address the problems that had surfaced in US education in the 1960s. It was entitled “A New School for the Cities” and was published as a full issue of Education and Urban Society.

Dr. Robert Meeker has been a partner in SOI development for the past fifty years. His design efforts have been concentrated in these principal areas:

Dr. Robert Meeker continues to work today to carry on the work pioneered by his wife, Dr. Mary Meeker.

Get instant access to practical learning tips, what’s needed for successful learning, and more. Sign up for our newsletter to get our guide absolutely free! 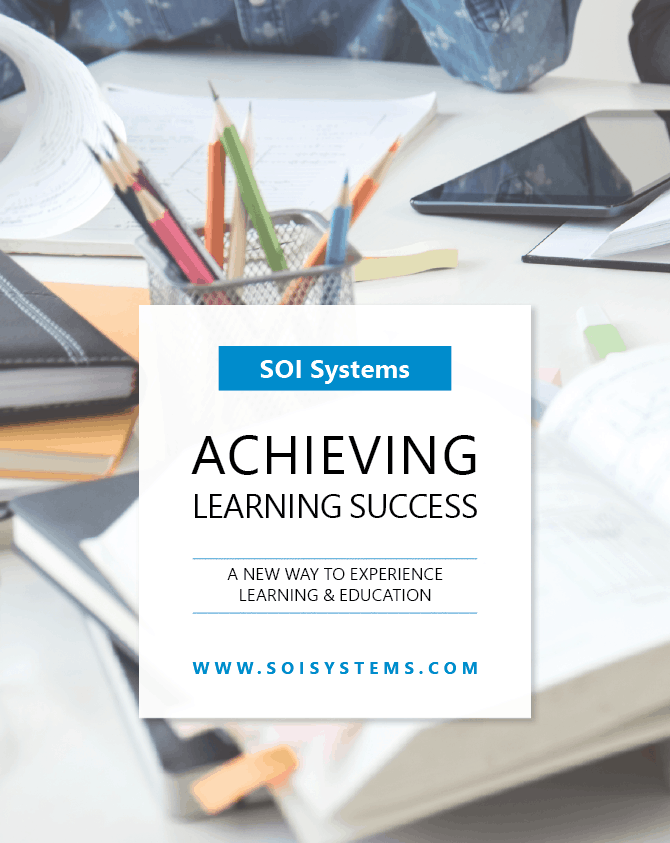