How many intelligent children are failed each year due to their lack of reading skills? How many teachers blame themselves because their students do not thrive under their tutelage?

If one says it takes intelligence to learn to read, everyone would agree. Therein lies the conundrum – what is meant by intelligence? We know that general intelligence is not the answer.

In order to answer the question, though, we must look to a theory of intelligence that validly and reliably reflects the functions of the human brain as a basis for designing tests that will allow teachers to diagnose the kinds of intelligence a child brings to school and match those to what kinds are needed for successful learning.

Each of these intellectual abilities took precedence in importance overvocabulary. Should any one of these abilities be lacking or undeveloped, the teacher saw very persistent kinds of reading errors.

Soon we sound found a second set of abilities emerging. They were above and rested on top of the basic intellectual abilities required for learning to read.

These more advanced abilities emerged as being involved in and critical for comprehensive reading. This advanced set of abilities were also higher level intellectual abilities:

Some school districts began teaching SOI abilities to their culturally different and non-English students; some concentrated on the gifted who were underachieving; others included intelligent children who were in special education; and some districts used SOI for children proficient in the English language but economically deprived.

The administrators required committed support from staff before they began the reorientation of their reading and language arts curriculum. The reorientation included the daily teaching of the basic intellectual abilities that underlay reading.

Their successes were notable. They were turning children, who would have gone to special education, who otherwise would have been labeled learning disabled, into successful learners who became motivated students.

Once teachers became skilled at diagnostics, they found it easy to understand why it was important to provide differential intellectual experiences for their students who had somehow missed developing them before the age of five.

They understood why and how to individualize. They experienced great success as teachers! Their students became readers!

Some might deny that reading is all of education, but certainly, reading is the key to successful learning of all subjects in school. More importantly, the ability to read is the key to opening the minds of all children, regardless of their economic background.

This article was originally written by Dr. Mary Meeker.

Two recent private female clients of mine, both historically considered “misfits” by their schools and... 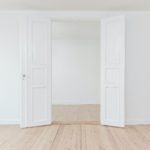 The SOI assessments provide information about an individual’s ability to process visual information.  Over the... 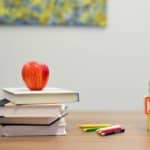 ​I first learned about SOI in 1988 when my son was floundering in third grade.... 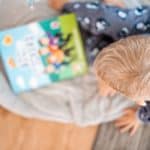 Visual discrimination is an important part of the learning process. The cognitive learning skill known...