Public Education in the United States: From an A to a C- in 60 Years

HOW AND WHY IT HAPPENED. WHAT IT WILL TAKE TO REVERSE IT.

The “Golden Age” of public education culminated in the 1950s. It had steadily improved from one-room schools to become comprehensive, twelve-year systems. It was viewed as the primary means of upward social mobility.

In short, the system was fulfilling its mission of providing free education to all. As a social service enterprise, it deserved a grade of “A”.

In the past 60 years, public education has deteriorated on almost all counts.

The system has clearly slipped in meeting its mission. As a social service enterprise, it deserves a “C-” performance.

The Chronicle of Deterioration

This steady decline has has been documented in many ways. The first public notice came in 1983 with the publication of  A Nation At Risk.

This report was the work of a blue-ribbon committee. Many of the members were consumers of public education – leaders from commerce, higher education, and governmental manpower programs.

Similar committees came to the same conclusion in 1990 (High Skills or Low Wages), and then again in 2007 (Tough Choices or Tough Times). As the succession of reports would indicate, there had been no substantial improvement in the 24 years since the first report was issued.

The first governmental response came in 2000 with the sweeping initiative called No Child Left Behind. This initiative was largely predicated on the premise that school personnel were the ones responsible for not meeting the educational needs of society. It is universally acknowledged that the initiative was a disruptive failure – it not only failed universally to meet its stated goals, but it made things worse.

Where Are We Now?

Today, we are left with a school system that is frustrated and confused. The school community is frustrated because, although the deterioration is widely acknowledged, there is no consensus on how it should be changed.

The initiatives since the failure of No Child Left Behind have been perfunctory and uninspired – more high-stakes testing, more evidence-based practices, a call for better teachers, and new curriculum goals – marginal changes, but no reforms.

The school community is confused because regulators and administrators neither understand the hole they are in, nor how they dug themselves in. Actually, their confusion is even compounded – they did not dig themselves into the hole – the Federal Government dug it for them.

How Did the Federal Government Create the Problems?

In a few words, the government changed the rules (of education) without changing the way the game (instruction) was played.

The mission of public education during the “Golden” era had been to provide a free, quality education to all students in the society.

How Did the Government Change the Rules?

However, in 1962, the government, as part of the War on Poverty, changed the mission of education in the United States.

With this change, responsibility for learning shifted from the student to the system. The system had previously been responsible to the group as a whole; now it needed to be responsible for every student.

While the Federal Government insisted that the schools play by new rules, the crowning irony of the change was, that at the same time, they required the schools to continue using a model of education that was designed for the old rules.

This is an organizational recipe for failure – to require radically different results from the extant set of practices. It stands as an institutional memorial to Einstein’s observation that insanity is doing the same thing over and over and expecting different results. ESEA, the legislation that changed the rules, had also dictated how the game would be played. Anyone involved in education in the last 60 years knows the scenario.

Operating Under the New Rules

Teachers present the curriculum to a classroom of students, teaching them with group-oriented practices:

In other words, the traditional instructional model, which ESEA embraced, expects differential learning results – a Bell-shaped curve of achievement in which the lowest quintile are the non-learners.

This perpetuated traditional education with a “special education” overlay.

This model might have been effective if the “special education” had actually put the non-learners back on track, but the nagging truth is that the non-learner class persisted.

There have been hundreds of different corollaries and addenda to the basic model:

The underlying model has remained the same for more than 60 years, and there has been no improvement in outcomes.

The Costs of the Two-System Structure

There are significant costs for operating with ESEA mode. Most important, of course, is the loss of human potential that the model was designed to recover.

Next is the cost of the program. We are spending significantly more today – even adjusted for inflation – than we were in the 1950s.

The reason is apparent: we are funding two programs – the regular program and the overlay of special education. The special-education overlay was designed to deal with the expected failures in the regular program. This is a doubly expensive means of dealing with failures. Foremost, it has not worked; but even supposing that it had worked, it would be very inefficient.

As a design, it memorializes the organizational thesis that an enterprise will either:

Given the lack of success in meetings it goals, along with the added costs that have been borne in the process, it is astounding that the basic structure – the basic way of doing business – has not changed in more than 60 years.

Even more astounding is the fact that the topic of structural change is not under consideration at the national level.

Let’s use the “restart button” beginning with an examination of the new mission itself. What is required to educate all students to the best of his or her abilities? The answer in general pedagogical terms, is tutoring.

Tutoring is considerably more than just presenting lessons; it involves:

This defines tutoring for an individual student, but how can we tutor 20 or more students concurrently? We cannot hire a tutor for each of the 50 million students in the K-12 system. (Even if we could afford it, there are not 50 million qualified tutors.)

Mass tutoring cannot be done without changes in attitude at the classroom level.

The basic role of the teacher changes from presenter to enabler – the teacher is no longer an instructor; he or she becomes a learning coach.

Mass tutoring cannot be done without changes in attitude at all administrative levels – local, state, and federal.

The basic measure of student achievement needs to change to reflect individual progress rather than performance relative to the group.

Mass tutoring cannot be done without changing the evaluation of teacher performance.

Does this proposed change imply that all schools would be regimented to the same implementation?

No. Actually, far less than they are currently.

Mass tutoring would create a transparent record of system performance.

There are three ways to deal with performance failures in any service enterprise:

WE KNOW THERE IS A PROBLEM. WE HAVE YOUR SOLUTION.

written by: by Robert Meeker, Ed.D.

Last week, I chuckled as I monitored one of our students, Deacon, doing the Certified... 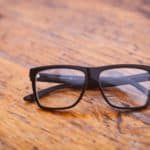 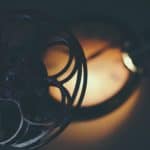 CASE STUDY:  20 YEAR OLD MALE ON THE SPECTRUM I have come to really enjoy... 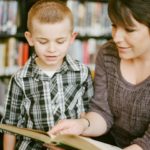 WHAT IS LOCAN? SOI’s LOCAN program is a new method for teaching reading. Most children...