Aiza Sanchez founded Centro SOI Saltillo 16 years ago. In 2010, she was introduced to the judicial powers by the former director of the psychology faculty. The judges and judicial staff were having difficulty changing from one judging system to the other.

Their first evaluation was in 2011, and they have been evaluating ever since. Last November, Centro SOI Saltillo trained 8 judges and 20 public attorney defenders with the auditory program and SOI modules.

Coahuila state was one of the first states to initiate this change. One of the main issues in the process of changing from one system to another was developing strategies to prepare the professionals in the justice system not only in their knowledge of the law, but in their intellectual abilities, emotional stability, job competences, and constructive cognitive processes.

Acquiring knowledge about the new laws was the easy part because lawyers are very well prepared for semantic learning. The difficult part was improving intellectual abilities to perform as an “oral” judge. For instance, they were very competent in reading, visual attention, and memory, but they had difficulty processing oral information as quickly as necessary. The authorities knew about SOI Systems, and asked us if there was something we could do about it.

We remembered the SOI principal motto: We offer what the person needs as a tailored handmade suit, and we do everything in our hands to solve the problem. So we did.

First, we had meetings with the judicial professionals to become acquainted with the court environment and the judiciary functions. We found out that we had to deal with two very different functions inside the system:

We had to establish an ideal profile for each of the judicial and administrative functions for each of the skills and aptitudes that the judicial system determined necessary for the staff to perform their jobs. This is when the SOI ALA test was given, among four other assessments.

The first question was: What are the intellectual and learning abilities a judge (or any other court member) needs in order to be efficient?

The second question was: What can SOI do in order to train them?

The authorities of the judiciary system performed workshops, not only to gain knowledge of the law, but to work on training intellectual and emotional abilities. Centro SOI trained the judiciary staff of the Saltillo penal tribunals with SOI and SOI auditory training programs.

What did we, the SOI specialists, learn from the experience of working with highly educated professionals with specific learning needs?

We learned that SOI assessments and training are not just for children (with or without learning disabilities). SOI is for everybody! There is always an ability or skill that one has not trained enough, and it makes the difference between being competent or incompetent for certain activities.

OECD[i] has declared what competencies are needed for life[ii] and that they are significant for any human activity we perform. Among them are evaluation, decision making, critical reasoning, solving problems, creativity, and innovation.

We wanted to share this experience with our international SOI colleagues, so we can be sure that SOI Systems works, and works well.

Note: We want to give special acknowledgment and gratitude to the judiciary body and the authorities of the Poder Judicial del Estado de Coahuila, first for the unconditional support to do our job, and also for the authorization of sharing this wonderful experience on the Structure of Intellect blog, even though the programs we implemented in the judiciary system are protected by a confidentiality contract.

[i] Organisation for Economic Cooperation and Development. 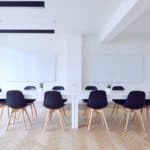 We are excited to have completed another Advanced and Associate workshop. We are grateful to...

Two years ago, I left the relative security of a predictable yearly salary in a... 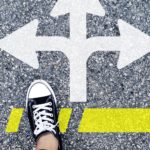 The SOI test is helpful for career counseling. The SOI career analysis reviews an individual’s...