One More Quiet Miracle from the IPP Program

When third-grader Helmut was introduced to the IPP program in an alternate school, I was amused by his high creativity, but pained by his struggles. He was truly a student of cognitive mountains and valleys. Even though he was gifted in his creativity and vocabulary, he had some serious problems with learning.

The SOI assessment showed severe cognitive ‘holes’ – extremely low visual and auditory memory, trouble decoding (or sounding out words), poor visual patterning and no written output. All his brilliant stories had to be scribed for him. The IPP assessment uncovered severe problems with balance, cross-over, and eye-tracking. In addition, he was not processing well auditorally.

sic balance board exercises and resisted his SOI booklets in the beginning. He had already written himself off at ever being successful in school. Fortunately, the alternate school provided classes in drama, art, ‘hands-on’ science and inventions, which provided him the opportunities to be stimulated and shine in his areas of ability.

With the help of patient teachers and the IPP system (which allows mastery to build on mastery), Helmut’s confidence grew as he made progress one step at a time. As his vestibular system improved, he began retaining number facts. As the sequencing in his body developed, he began holding and processing the information in difficult sentences. Auditory improvement came last, as it often does in this type of situation.

By the time Helmut was retested in fifth grade, he showed cognitive improvement in all abilities but one. His reading comprehension and arithmetic/math were at grade level, and he was writing his own stories. Anyone who works with students with severe problems with written output understands what a triumph of progress happened here!

Seeing bright students like Helmut being able to achieve in school is what ignites a fire in teachers and keeps them committed to their work.

The SOI assessments provide information about an individual’s ability to process visual information.  Over the... 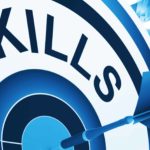 SOI has been used successfully in many employment training programs. Here in Canada, statistics in... 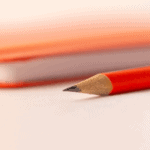 Now that the school year is well underway, this is often the time when parents... 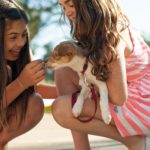 One of the things we learn by experience is that truth is truth. We know...