When potential and destiny intersect, it creates an interesting conversation. The former speaks of what might be; the latter of what was meant to be. One looks at raw materials while the other at the finished product.

Raw materials – or palettes, in the world of the SOI practitioners – have many expressions: CFU, CMU, NFU, SI, FS, etc. We are given the high honor and great responsibility of looking at a canvas with varying colors and intensities. Some are brilliant and intense, some soft and delicate, some dim or muted, and some are very thin. Each one is priceless, because each represents a potential and a destiny.

As SOI practitioners, we are given a great gift: the ability to present the palette, encourage the painter, and nurture the skill.

I met a little boy last week in a Certified Learning classroom I visited. His name is Antwone, which he spelled neAntwo. We are still in the process of figuring out why. In both kindergarten and almost half of first grade, Antwone had been in the classrooms of good teachers and well-researched curriculum. He is weak physically, due to a chronic illness, but he is willing and cooperative.

If SOI Certified Learning hadn’t a part of Antwone’s school, he would have been referred to the “Student Support Team” because he was “slow.”

Let’s take a look at what would have most likely happened.

The team would meet to discuss all his problems and what he was unable do. Everyone would note his physical weakness and express concern, but not tie that to his learning ability. They would notice that his eyes seem different. However, most schools don’t get involved past a distance vision screen at 20 feet; Antwone was scoring 20/20 at twenty feet. They decide that he will be given more time for practicing decoding and extra practice reading more fluently thirty minutes a day. They would meet again in six weeks to see how much he has improved.

Antwone’s progress, though limited, will be documented for RTI (Response to Intervention). A record would be established that the team had met about him and tried increased tutoring at a Tier 2 level. When they meet again in six weeks, they will probably discover that little has changed in spite of their efforts to improve his ability in a small group of 12 students or so. The Student Support Team would document that they have met and tried more intense smaller group instruction, even though it was minimally successful. The team would then recommend a full intellectual assessment, including a speech and occupational therapy evaluation.

A meeting would be scheduled to place Antwone in special education so that he may receive extra support from a system that is already overloaded and understaffed. If he receives OT or speech, it would be once a week. All of this student support would probably begin after the first of the year in earnest due to all of the disruption, albeit fun, of the holidays.

Every step will have been documented and every box checked.

But, Antwone is in an SOI Certified Learning school! Note the contrast as you read below.

Atwone has already had a year of Certified Learning when he was in kindergarten. By the second six weeks of last year, he was in Mini IPP, an intense daily physical intervention designed to strengthen motor sensory and visual abilities. He did this in addition to his daily hour of Certified Learning alongside his classmates. Together, both programs focus on learning abilities that underlie curriculum along with physical and visual skills that have to be in place before efficient learning can take place. In SOI parlance, this is referred to as “concepts before curriculum.”

Unlike the majority of h

is classmates, Antwone wasn’t able to finish his kindergarten curriculum, but he began this year in first grade right where he left off. There are no gaping holes left in his knowledge; he just was not finished.

We knew about Antwone’s weaknesses in kindergarten. We knew that it was mainly a physical weakness blocking his way, and not a cognitive issue. He has already participated in documented occupational therapy-type activities for a year and a half. His academic skills, understanding, and progress are documented. His cognitive skills are documented and weaknesses are being trained in an individualized way. He has already had a year of intervention. He will not qualify for special education except as “OHI, Other Health Impaired.”

Antwone will receive the time and training he requires.

Hopefully, he will stay with us and not move away to a school that doesn’t understand his palette. 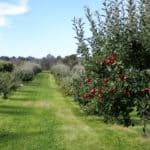 ASSESSING PARENTS AND CHILDREN: SIMILARITIES AND DIFFERENCES On many of the occasions where I have... 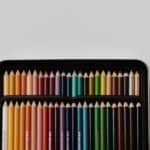 SOME KINDS OF INTELLECTUAL GIFTEDNESS RELATE STRONGLY TO ACADEMICS, OTHERS TO LEADERSHIP, AND STILL OTHERS... 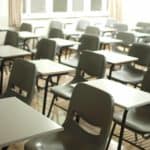 HOW AND WHY IT HAPPENED. WHAT IT WILL TAKE TO REVERSE IT. The Golden Age... 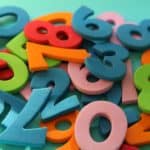 Throughout our lives, we are constantly required to make choices and decisions. Some need to...