The Least of These: A Conversation About Education

Twenty five years ago I stood in front of the storage closet in my special education classroom. It was the second semester of my first year of public school teaching. The bloom was off the rose.

Tired and depleted, I had spent money that I didn’t have to supply and equip my classroom with items that were truly needed, but not in the budget. I sighed and closed the door, wishing I could go home, but knowing there was still much to do to prepare for the next week.

My resolve and enthusiasm was giving way to the harsh reality of the system. I had determined as I began my career in Special Education that no student would endure what my nephew had experienced, even at the hands of well-meaning educators.

But now the demands in education of high expectation and increasingly low hope had taken its toll as I experienced too many students with too many problems, too little time, and too few resources. There is nothing new under the sun.

“I won’t be doing this next year,” I assured myself. “This is certainly not what I expected when I signed on to this ‘noble profession.’ I am an intelligent, educated person. I can do something else. At least in another profession, I could physically and emotionally have something left at the end of the day to give to my family.”

I shut the closet door, plotting my exit, and was startled to hear these words, inaudibly, yet unmistakably, invade my consciousness, “Inasmuch as you did it unto the least of these, you did it unto me.”

“The least of these?” I stopped, I stared, and I sighed, having recognized these words.

“Well, it appears I am in this for the long haul,” I breathed. “These students are most surely among ‘the least of these.’”

“The least of these? Is it the youngest, the weakest, the poorest, the prisoner, the immigrant, the disabled?”

“What about the gifted, the more able, the advantaged?”

“Yes. Right now there is someone, some parent, some educator who has no answer. They have tried everything they know, and then they have tried it again, to no avail. The least of these are those I put in front of you.”

YES! How thankful I am for the education tools of SOI, provided shortly after my encounter at the closet.

Most of all, I am thankful for the least of these, and HOPE!

HAPPY NEW YEAR TO ALL! 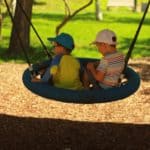 YOUR SCHOOL CAN DEVELOP A VERY PROVEN WAY OF ADDRESSING RESPONSE TO INTERVENTION (RTI) THROUGH... 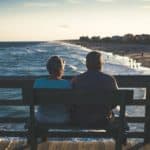 I am often asked if SOI can help people with dementia or Alzheimer’s. I immediately... 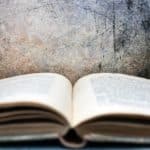 I was in high school when I first experienced the SOI model. Of course that... 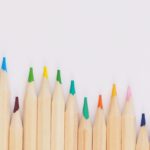 In 2004, our SOI-IPP clinic was working with a number of mildly autistic students. We...