HOW SOI IDENTIFIES, DIAGNOSES, AND TREATS THE MOST DIFFICULT CASE: A SCHOOL REPORT

As a psychologist and the director of the SOI Diagnosis and Testing Center of Manhattan Beach, I assessed Ryan, 11, using a variety of ecologically valid tools to measure neuro-processing, including the following: developmental history, parent and teacher-report checklists, clinical interview, visual motor screening, the Structure of Intellect (SOI) Test of Learning Abilities, the Social Responsiveness Scale (SRS-2), and the House-Tree-Person Personality Screening.

poor frustration tolerance, and under-performance problems. He has great difficulty finishing his work on time, or starting a reading or writing assignment. Ryan wears glasses, which correct his visual acuity to 20/20. He is double-jointed, twirls his shirt, and makes verbal clicking sounds. When asked to read, Ryan states, “It’s just too hard; I can’t read.” He often gives up and cries. A review of his symptoms would elicit diagnostic questions including dyslexia, ADHD, spectrum disorder, learning disabilities and/or visual processing disorder.

Ryan presented with some difficulty following the test instructions, especially on reading speed and memory tests. His handwriting and fine motor (NFU) coordination appeared impaired. He did not exhibit symptoms of an attention disorder. His checklists were negative for ADHD. Ryan’s SRS-2 was negative for a Spectrum disorder. Ryan did present issues relating to a visual processing disorder – Reading Disorder (DSM-5: 315.0) – which slows down his response time and makes his academic efforts frustrating and inconsistent.

My overall diagnosis for Ryan can be summed up as follows: Ryan has a classic “learning different” brain. While this qualifies as a learning disorder, sequential (CMS) thinking and memory training is what is really needed for Ryan to be a successful learner.

Visual Processing Results: Ryan’s visual screening revealed difficulties with binocularity (CFU). I have referred him to a developmental optometrist to assess how this difficulty might diminish his reading abilities – particularly reading comprehension.

SOI Learning Ability Test results: Ryan is a symbolic learner. His brain naturally manages data – science, math, computers, and symbolic data. Verbally, Ryan struggles. Ryan took 5 minutes to write a two-sentence story. The story was unique and exceptional (“octopi on land”). The use of the plural of octopus demonstrates his fascination with symbolic information. He scored at the gifted level in 2 of the 24 subtests on the SOI test. These include:

Low areas included all the visual processing abilities: visual closure, visual conceptualization, visual memory, spatial visualization, and visual transformations. Additionally, he could not score above the 10th percentile in reading speed. Working memory (MSS) was also low; given its high correlation with academic success, he should receive direct remediation in working memory. However, actual reading comprehension and his ability to understand the relationships between words (CMR) was average.

Ryan portrays an enigmatic profile of intellectual abilities. I believe he can be “labeled” what we now call “atypical gifted,” and can be treated with an intensive SOI training program with the SOI CD and workbook.

Based on these findings, Ryan qualifies – under Section 504 of the Rehabilitation Act of 1973 for accommodations – to receive services at school for his processing disorders. He may need an IEP assessment. I recommend that in order to prevent future academic distress and to enable Ryan to demonstrate his knowledge of appropriate subject matter and scholastic potential, the school should provide at least the following accommodations: 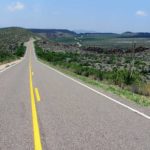 Lubbock, Texas sits high on a windy plain, atop what is known as the “Caprock... 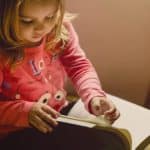 I now realize there were many signs I missed as our bright, funny, clever daughter... 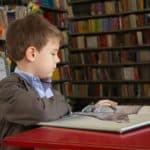 What makes a successful classroom? Or, more importantly, what makes successful students? Is it a... 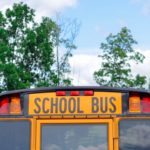 “Would you choose to build a house on top of an unfinished foundation? Of course...