Parents: Take Your Babies Out of Those Buckets!

What buckets am I talking about? I mean those carriers for babies that small children sit in while riding in the car. I am sure you have seen moms take the baby and his “bucket” out of the car and put the child and “bucket” into the grocery cart at the market or the stroller at the mall. When shopping is done, back into the car goes the baby in his “bucket.” What amazes me is that these babies seldom cry or act like they want to be picked up. Neither of my grandsons would stand for the being in the “bucket” one minute longer that they had to be. Sometimes, my grandsons would stiffen into a standing position so that it was very difficult to even buckle them into the “bucket” for the car ride.

A few years ago I worked with a third grade boy at my center, whom I will refer to as Bob. The SOI test indicated he was average on 8 tests, all in Cognition and Memory. He also had two low average scores, one in recognizing shapes that have been turned and the other in speed of handwriting. The rest of Bob’s SOI tests scored above average. These were high scores considering that Bob was struggling in school.

The IPP Screening indicated what caused Bob’s problems in reading and math. He had trouble with all of the focusing skills and all of the sensory-integration tests, with the exception of balance. Bob liked sports and his sense of balance was his only saving grace.

As I worked with Bob on the IPP physical exercises, I realized that his awareness of body in space was negligible and that he had not internalized right from left. At nine years of age, his mom reported that he was pretty much ambidextrous. One might think that being ambidextrous would be a plus but only if you break your dominant hand. Being ambidextrous means that you do not have a dominant side of the brain. It also affects the ability of the eyes to track across the page and cross the midline while reading.

Bob’s problems were not as serious as another 9-year-old client whose eyes NEVER crossed the midline of his body. This boy could recognize and call words at an adult reading level but did not comprehend anything that he read. His brain would not allow his eyes to track all the way across the page, left to right, across the midline of his body. He only read the left side of the page! Not much to comprehend when you only read (or see) the left side of the page.

Bob’s mom is a busy professional woman who works outside the home as many of us do. She was raising 9-year-old Bob and his little brother who was 5 to10 months old at the time. Baby brother was almost always with mom when she came to the center. Baby brother was always in his “bucket!”

Mom brought baby brother in his “bucket” to the one-hour interpretation meeting with me. Baby brother never whimpered or cried. If I talked to the baby, he would smile and try to make sounds. Otherwise, he just sat in his bucket and listened for the 10-15 minutes while mom waited for Bob in the waiting room, followed by another 10-15 minutes when I talked with mom about Bob’s progress. Now, I never expected mom to let baby brother crawl around on the floor of the center but you would think that occasionally she would peel the baby out of the “bucket” and let him sit on her lap.

Then one day it dawned on me – maybe Bob’s left-right issues, body-in-space issues and tracking problems were a result of living in his “bucket” for the first couple years of life. Babies must be secured in those “buckets” while riding in the car and we all understand why; but when you get where you are going, take your baby out of his “bucket!”

If you are not at home, at least carry them or let them sit on your lap. I know that the baby gets heavy; my first grandson was a “monster” baby. At home, let the baby lie on the floor and crawl or scoot around. Yes, the baby will get dirty sometimes. Yes, you will have to watch them more closely, but the benefit is that your baby will begin to learn where his body is in space, to learn left from right, and will learn to move arms or legs across the midline of his body. The child will become a super reader someday! 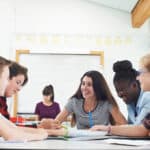 SOI HAS BEEN PROVIDING INNOVATIVE LEARNING SOLUTIONS FOR OVER 50 YEARS. SAM, AGE 8 “Oh... 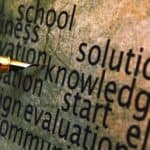 There are many kinds of giftedness. One of the most common misconceptions about gifted individuals... 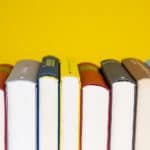 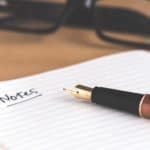 Are you ready to pay attention? What a critical question that is. Preparing yourself to...