The Brain. Did You Know?

Our brains are so intricate and interesting! Let’s look at the CEREBRUM which is the largest part of our brain; it is divided into four sections or lobes.

The FRONTAL lobe is used for expressive language, reasoning, cognition, and motor skills. Any damage to this lobe can result in changes in socialization, attention, and behavior.*

Tactile senses like pain, pressure, and touch are processed in the PARIETAL lobe. Any damage to it can cause problems with language, ability of controlling eye gaze, and verbal memory.*

The duty of the OCCIPITAL lobe is to interpret the information gathered from the eyes. If this area is damaged, the visual ability becomes so impaired that the person is unable to recognize words, colors, or objects.*

The TEMPORAL lob is responsible for our memories and processing sounds recorded by our ears. If damaged, our language skills, speech perception, and memory is affected.*

SOI is frequently asked the question, “Can you help?” The answer is definite yes!

We have used the IPP program and memory training in brain damaged and trauma victims, but scientific research and documentation has not been established.  We do know that the process is long and often times painfully frustrating to the client based on personal reports we have received, but results have happened.

WHY? BECAUSE SOI TRAINS THE BRAIN!

If you are working with a trauma victim using the SOI theory, we would love to get your input and results to share with others. 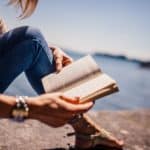 I believe the best support for struggling students with dyslexia symptoms is the full spectrum... 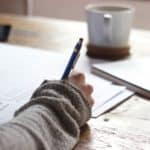 When most people think about “kung fu” they immediately think about Chinese martial arts, not...

Aiza Sanchez founded Centro SOI Saltillo 16 years ago. In 2010, she was introduced to...

AN IDEAL CLASSROOM Imagine a classroom of 20-30 students – all with the following characteristics:...