Avoiding concussions and treating concussions is a big topic in the news today. This morning the national news question of the day was, “Should high school football be banned?” Here in Texas, high school football is “king” so I don’t see that happening anytime soon. On the news, they were saying that perhaps there should be a licensed trainer present at every football game with a concussion protocol that is followed to the letter. That’s not a bad idea.

Coaches are sending players back onto the field after concussions. Last week one of my high school clients told me about a friend who plays select soccer.  Last summer during a tournament, this girl went for a header and collided heads with a member of the opposing team. The girl on the other team was rushed to the hospital. After answering a few questions this friend was sent back onto the field to play. It was not until she fell on her head two more times that the coach decided to pull her from the game. This girl suffered severe problems from concussion in the weeks and months that followed.  This formerly straight-A student is still struggling to pass her senior classes. When my client asked me if the SOI program could help her friend, I answered with a definite “yes!”

I have seen the SOI Program help several of my clients who had suffered from brain trauma. One was a sixth-grade boy brought to my center a few years ago. A year before he came to see me, he had fallen from the school’s eight-foot-high monkey bars onto his head. His neurologist had released him from care and declared that he had completely recovered, but his mother knew that everything was not completely back to normal.

Her son had never had problems in school and now he was struggling to pass. After a year of SOI sessions, he was caught up in school and maintaining the honor roll in middle school!

Earlier this year, one of my Facebook friends shared a picture and post about an 11-year-old New Braunsfel, Texas boy – Carter Wilbanks – who was in a devastating car accident March 19, 2016. Carter sustained broken bones, internal injuries, and major brain trauma. Doctors offered little hope that Carter would survive.

What scared me immediately was that the picture of Carter in his intensive care bed looked exactly like my 15-year-old grandson. After I sucked air and realized that it was not my grandson’s picture, I started following Carter’s progress. By the end of April, Carter was opening his eyes and looking around. Doctors told Carter’s parents that even though he was making progress, he would not make a full recovery. Of course, the mother posted this devastating news on Facebook and asked again for prayers. Immediately, I responded to the mom’s post. There was something I saw in the pictures of Carter’s open eyes that convinced me that there was someone “home” and that he would recover.

At that point, I began messaging Carter’s mom and dad and talking with them on the phone. I promised that as soon as Carter was finished with the traditional neurological therapy, I would offer the SOI Program to him free of charge. Carter is currently at home, walking with help, talking, and singing. He returned to school half days on December 5th. He is truly a miracle and proof that our prayers are answered. I am sure that this summer Carter will do several weeks of SOI and IPP to fine tune his brain and help him recover fully.

I will keep you posted on Carter’s progress this summer. I truly believe that the SOI-IPP program is the final “therapy” needed to fully recover from concussions and brain trauma. 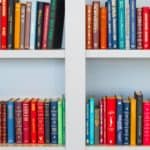 The need to improve reading comprehension is well-documented. The schools’ greatest successes in reading achievement... 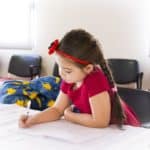 MEMORY IS THE ABILITY TO RETRIEVE INFORMATION THAT HAS BEEN PREVIOUSLY UNDERSTOOD. “My child just... 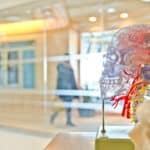 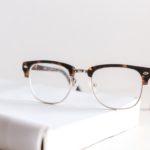 Has a school nurse or eye doctor told you that you have 20/20 eyesight? Or...